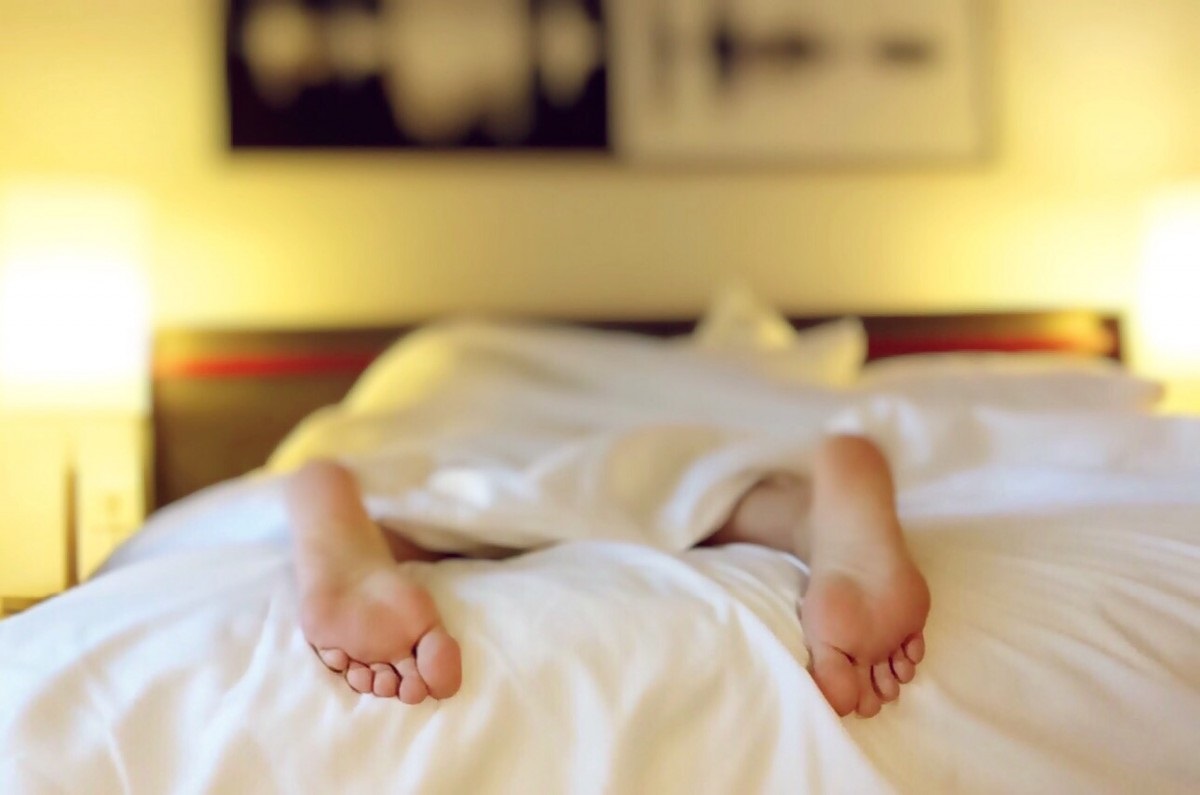 26 Nov Non-Cannabis User is Helped with RLS and Pain

David is not and never has been a cannabis user, even casually, despite being married to me for 33+ years (I was, except when I could have used it the most, i.e., when we had young children. -_- ).  He had a couple of adverse reactions to THC about four decades ago and never wanted to get “high” again.  His hip, however, began to bother him badly several years ago. He also developed Restless Leg Syndrome (“RLS”), also known as Willis-Ekbom disease, around the same time.

Briefly, RLS can include crawling, prickling, or aching in one’s legs when one sits or lies down.  People with RLS find the urge to move their legs overwhelming.  It is more commonly diagnosed in women as opposed to men, particularly pregnant women.

The prickling and restlessness in his lower limbs drove David crazy at night.  He woke himself up constantly because even in his sleep he found it impossible to resist the urge to move his legs, and then his hip would hurt.  His sleep, already reduced due to obstructive sleep apnea, was destroyed.  He would fall asleep within seconds, snooze fitfully for perhaps two hours, toss and turn painfully with frustration and fatigue for three, and repeat the pattern.  Always exhausted and in constant pain due to the bone spurs arthritis had caused in his hip, my poor husband became a cranky, depressed stranger who snapped at everyone around him (yes, including me) at the slightest provocation.  Life was definitely not fun for him.

David had tried sleep aids in the past, including Ambien, but he reacted badly to the drug and refused henceforth to use anything but Tylenol PM before bed.  Trying cannabis for his sleep and pain issues was indeed the last resort for him.  He wanted to avoid the psychoactivity of THC, so he agreed to ingest CBD olive oil (made with Shark Shock, a 1:1 CBD: THC strain) every evening and add two layers of MJ Cream before sleep.  He added THCA tincture for nerve pain and nerve protection, and for muscle spasms like those he experienced with RLS.

I will say that my ordinarily good-humored spouse frequently complained at first about having to resort to cannabis to alleviate his discomfort.  My eyes rolled when he would grump about it, for I knew that he would soon change his tune.  He took his tincture or oil at night, after coming home from work.  At that point in time, he was home for supper every night.  We would fill shot glasses with ginger ale and add our cannabis infusions to them, then “shoot” them.  It was quite fun and definitely funny!!  Before sleep, he or I would apply two layers of MJ cream, and lights went out.

The second night, David came downstairs about a half hour after taking his cannabis.  He came right up close to me, leaned a little toward me, smiled, and said in a low voice, “I’m feeling, um, sort of WARM.  Do you think it could be the cannabis?”  Made me laugh!

On the ninth night, David slept for six hours.  He felt like a new man and stopped complaining about having to use cannabis.

His good humor made me feel like a new woman!

This is a hopeful story.  We can get temporary help from cannabis as David did.  Often our situation may call for some special treatment for a time, and once the acute phase has passed, use of cannabis for pain, et cetera, can be reduced or eliminated.

Despite his opposition to recreational cannabis, my dear husband decided to trust my experiences with pain and cannabis, to his own benefit.  He admits that he might not have made it to the hip replacement without serious pharmaceutical pain meds, were it not for the sleep and pain assistance he received through ingesting and applying cannabis.  He will also confess that his attitude toward life was more positive and “nicer” as a result of the relief that cannabis gave him from pain, anxiety, and plain old irritability.

David still takes a dose when he is feeling achy and therefore crochety, and I am very grateful when he does!

I’m looking forward to hearing your stories when you come into Canuvo.  Maybe it will be the next one to appear here!

May these true stories give you hope.